Ville-d’Avray is a commune in the western suburbs of Paris. Numerous artists and writers have chosen to live here for two centuries, away from fashionable life. The pond-filled landscape has graced the canvasses of Corrot, brilliant forerunner of impressionism. 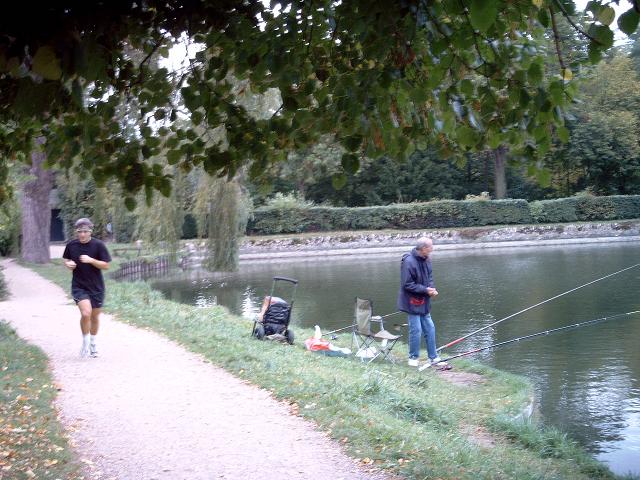 I’ve tried this in the middle of october, and running through the deciduous forest painted in all colors on a carpet of fallen leaves has something magic. 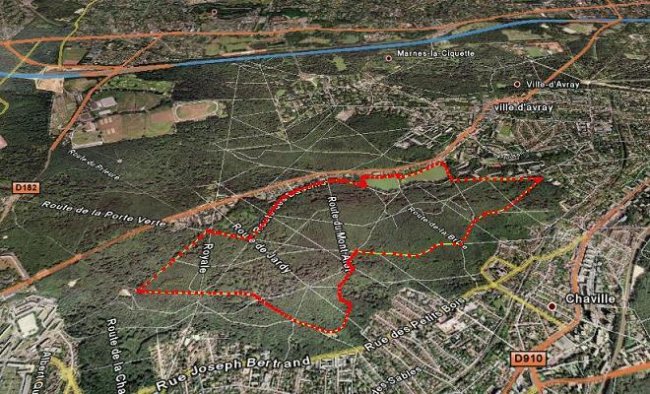 FROM THE “SEVRES” BRIDGE Follow the right ramp on the Sèvres bridge until the Sèvres exit. After 800 m, turn right at sign VILLE D’AVRAY and follow D 407 road. After the church of VILLE D’AVRAY, crossing light: at sign VERSAILLES / Les Etangs / Complexe hôtelier turn left, follow D985. the hotel is 800 m far away.

FROM THE “SAINT CLOUD” BRIDGE Just after the Saint Cloud bridge, slightly on your right, follow D907 at sign SAINT CLOUD. Driving up 2 kms in SAINT CLOUD, turn left to VILLE D’AVRAY at the roadcrossing with the D 985 road. Drive straight through VILLE D’AVRAY and after the crossing light in front of the church, take quite straight into the D 985 road to VERSAILLES / Les Etangs / Complexe hôtelier. The hotel is 800 m far away.

FROM THE A 13 HIGHWAY From Paris, first exit to VERSAILLES, then after 2 kms, in the downhill road to VERSAILLES, turn right to VILLE D’AVRAY and pass under the boulevard that you will take again in the other way for 200 m. Then, turn right and follow D 185. Crossing the Forêt de Fausses-Reposes for 3 kms. The hotel is in the entrance of VILLE D’AVRAY, some hundreds of metres after the city’s entrance.

There are several parking opportunities nearby. On the rue de Versailles, there is a small parking lot. 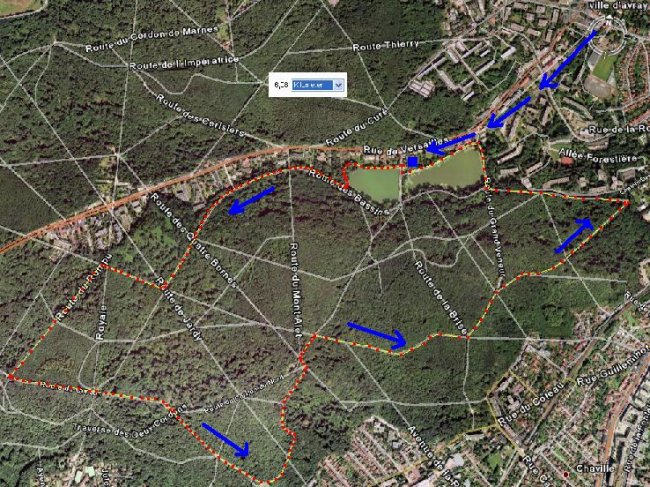 The starting point is the blue point on the map. Turn to the right and follow the lake shore, at the lake’s end, turn to the right on the large track. Follow it for a while, until a main crossing, then turn slightly right. When nearly leaving the forest, turn left on a path going uphill. Follow it to the end, where you’ll find an aspalted road. Turn left and follow it for the nearly the rest of the track. At the end, it is a bit tricky, find my way using the map or use your own one!

The track: The total length is about 6,1km, bringing you back to the departure point. It is all off road, a small part around the lakes and principally in a dense deciduous forest. The track goes up and down, from the lakes you’ll quickly climb to a plateau and you’ll coming down from it in the last kilometer. 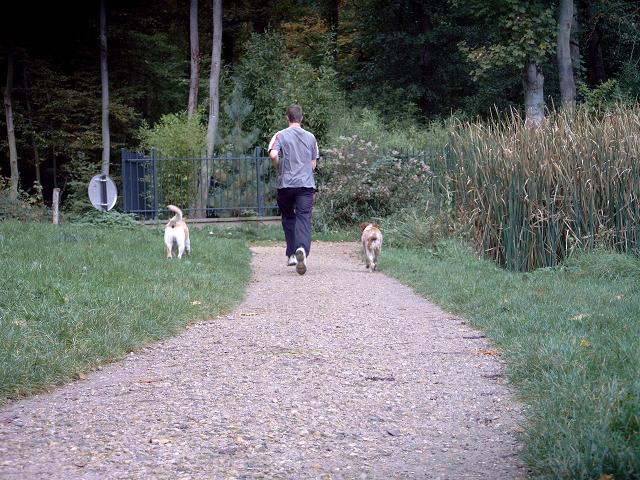 Water point: Didn’t see anyone. Not even a bar, nothing as far as i know!

Good to know: After heavy rains the track can be used only with difficulty. 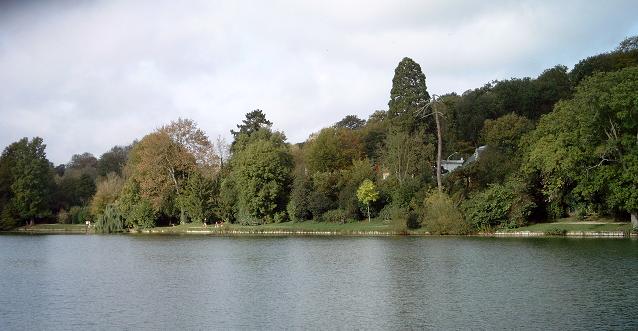